Two lawyers on a plane from DC to Chicago were totally(!) excited about being seated on the same plane with next to 16-year-old pop sensation Justin Bieber (ask your kids, or see below). However, had their hearts not been palpitating, they might have noticed someone a little bit more relevant to their profession [ABA Journal]:

What they hadn’t noticed as they passed through first class was the other celebrity aboard the flight—a friendly looking gentleman in a bow tie sitting in an aisle seat: retiring Supreme Court Justice John Paul Stevens.

When told, the two stared at each other in mutual embarrassment.

"We’re both lawyers," said the husband.

Because I doubt many of you could pick Justin Bieber out of a lineup, here’s a picture of him impersonating President Obama.

Sarah Allen is a North Carolina resident who wants to attend law school at UNC-Chapel Hill. Rather than kill the credit rating with $100,000 in law school debt that she’ll never pay back, she’s going to earn it the hard way (not that hard way) … she’s begging for you to pay for it [ABA Journal again!]

So Allen has set up a PayPal account and is appealing to the public to make donations there to help pay her tuition, McClatchy Newspapers reports. So far, three people have donated, she wrote Monday on her blog, Going to Law School Debt Free.

I’ve been doing some online research and discovered that the N&O and ABA articles have spread through the Internet like wildfire – accompanied by a plethora of extremely unkind and vulgar comments – many seemingly by disgruntled attorneys and law students who have already gone into massive debt. Those so eager to criticize me obviously do not know me and have not read my blog in full. Even so, those who are quick to judge make fools of themselves by displaying their ignorance. Apparently no one ever taught them that if you can’t say something nice, don’t say anything at all. Instead of rushing to judgment, why not get your facts straight and contact me directly?

Aw, now I feel bad. Not only am I displaying my ignorance, but my mother did a bad job raising me. Maybe I should hear her out.

One point that so many people seem to be missing is my desire and intention to start a debt-free scholarship fund to help others get a higher education without going into debt. Regardless of whether I choose to go to law school, this is one goal that I hope to pursue.

Oh, so it’s for other people! Not just yourself! I feel better about myself now.

In another post, she discussed the areas of law in which she’s interested. Unfortunately, one of them isn’t "federal income taxation."

We here in Michigan have a name for a person who gets loans that they aren’t expected to repay : 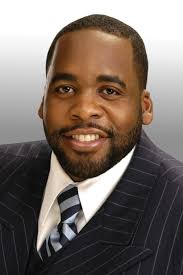 Finally: U-M Law School students would appreciate it if you would stay out of their library. [The wonderfully titled blog, readingroomdouchebagundergrads.blogspot.com]