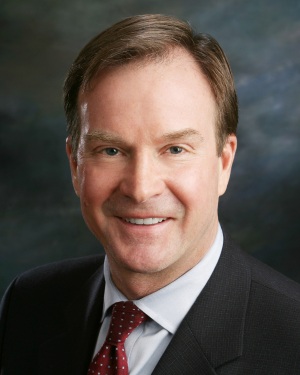 Michigan Attorney General Bill Schuette says a portion of the Michigan Medical Marihuana Act that requires police to return medical marijuana to a registered patient or primary caregiver upon release from custody is pre-empted by federal law.

According to Schuette, if the police return the seized marijuana, they could be prosecuted under federal law for distributing or aiding the distribution of marijuana.

From Attorney General Opinion No. 7262:

[T]he MMMA specifically prohibits the forfeiture of marihuana possessed in connection with the medical use of marihuana. Section 4(h) of the Act provides:

“Any marihuana, marihuana paraphernalia, or licit property that is possessed, owned, or used in connection with the medical use of marihuana, as allowed under this act, or acts incidental to such use, shall not be seized or forfeited.” [MCL 333.26424(h); emphasis added.] …

But this does not conclude the analysis because, as stated above, federal law prohibits the manufacture, distribution, or possession of marihuana. The CSA [Controlled Substances Act] provides that “[e]xcept as authorized by this title, it shall be unlawful for any person knowingly or intentionally — (1) to manufacture, distribute, or dispense, or possess with intent to manufacture, distribute, or dispense, a controlled substance . ….” 21 USC 841(a)(1). The CSA categorizes marihuana as a Schedule I controlled substance. 21 USC 812(c) (Schedule I) (c)(10). And its use remains a federal crime. See 21 USC 812(c)(10).7 Simple possession of marihuana is also a crime, 21 USC 844(a), and possession for “personal use” renders the offender “liable to the United States for a civil penalty in an amount not to exceed $10,000.” 21 USC 844a(a). …

Schuette’s opinion was issued in response to a query from Rep. Kevin Cotter (R-Mt. Pleasant)

Motel, hotel and apartment complex owners can ban the use and cultivation of medical marijuana anywhere on the premises without violating the Michigan Medical Marihuana Act, says Attorney General Bill Schuette.

Jones first asked if Michigan’s ban on smoking in public places applies to medical marijuana use.

Well, no, said Schuette because the smoking ban applies to tobacco products, not marijuana.

Jones’ second question was does the MMMA’s ban on smoking medical marijuana in public apply to public areas of food service establishments, hotels, motels, apartment buildings, and any other place open to the public.

The MMMA does not define the term “public place.” The administrative rules adopted to implement the MMMA simply define “public place” as “a place open to the public.” See 2009 AACS, R 333.101(16). …

Employing this definition, it cannot reasonably be disputed that the public areas of food service establishments, hotels, motels, and apartment buildings are public places as that term is used in the MMMA. Thus, the plain language of the MMMA would apply to prohibit the smoking of marihuana within these places.

Jones’ third question, however, was not as simplistic as the first two.

Jones wanted to know whether the owner of a food service establishment, hotel, motel, or apartment building may prohibit the smoking of marihuana anywhere within its facility.

You mean “in what would traditionally be considered non-public areas, such as individual rooms, units, or any other area not open to or accessible by the public[?]” Glad you asked, said Schuette, an avowed foe of the MMMA. Yes they can, and although you didn’t ask, they can ban the growing of medical marijuana as well.

While your request referred only to the smoking of marihuana, this opinion will also address the growing of marihuana plants in these areas since that activity raises similar concerns.

Property owners may want to prohibit smoking marihuana or growing marihuana plants within their privately-owned facilities for a number of reasons.

Property owners who allow their properties to be used by patients or caregivers for the purposes of using or growing marihuana could be subject to prosecution, civil forfeiture, or other penalty under the Controlled Substances Act. See 21 USC 856(a) and 881(a)(7).

In addition, the smoking of marihuana or the possession of marihuana plants within a property may make other tenants or guests within a facility concerned for their own or their family’s personal safety.

Further, property owners may simply wish to respect the preferences or expectations of other guests or tenants within a facility. Marihuana smoke, like tobacco smoke, has a strong and distinctive odor, which may offend other persons using the facility or discourage future occupancy of the facility.

So, property owners, go ahead and ban the use and cultivation of medical marijuana on your property, Schuette said. The law is on your side.

Nor does the MMMA create any private right of action against any owner of a hotel, motel, apartment building, or any other place open to the public that does not allow the smoking of marihuana within its facility. See, e.g., Casias v Wal-Mart Stores, Inc, 764 F Supp 2d 914 (WD Mich, 2011).

To the extent the MMMA provides that registered patients and primary caregivers shall not be “denied any right or privilege,” MCL 333.26424(a) and (b), this language is inapplicable here because it presumes the existence of a right or privilege outside of the MMMA.

Thus, if there is any legal prohibition or impediment regarding an owner’s ability to prohibit the medical use of marihuana on private property, it must be found elsewhere in the law.

Michigan Attorney General Bill Schuette has taken a narrow view of how marijuana can be legally cultivated under the Michigan Medical Marihuana Act.

The act authorizes licensed caregivers to grow up to 12 plants for each of five patients.

Schuette has issued Opinion 7259, which states:

The Michigan Medical Marihuana Act, Initiated Law 1 of 2008, MCL 333.26421 et seq, prohibits the joint cooperative cultivation or sharing of marihuana plants because each patient’s plants must be grown and maintained in a separate enclosed, locked facility that is only accessible to the registered patient or the patient’s registered primary caregiver.

Schuette’s opinion was issued in connection with Rep. John Walsh’s (R-Livonia) announcement of a package of bills “that will ensure public safety by clarifying the many ambiguities in the Medical Marihuana Act.”

All of this comes on the heels of the Michigan Supreme Court’s decision to take up several issues regarding affirmative defenses provided by the MMA. See “MSC will hear medical marijuana appeals.”

And most folks would concur with what O’Connell went on to say: the MMMA is perfectly unclear.

O’Connell notes that the law is “inartfully drafted,” creates “much confusion,” is internally contradictory, and also contradicts the state Public Health Code and federal drug laws.

The police, prosecutors, defense attorneys and trial judge wrestling with the MMMA, through no fault of their own, don’t know which end is up.

And “healthy recreational marijuana users incorrectly view the MMMA as a de facto legalization of the drug, seemingly unconcerned that marijuana use remains illegal under both state and federal law.”

O’Connell’s 30-page concurrence exhaustively dissects the MMMA and makes a cogent case for legislative and administrative officials to issue a comprehensive set of administrative rules to implement the act.

It’s required reading for anyone who has an interest, academic or otherwise, in issues arising under the MMMA.

The Michigan medical marijuana community, and those who often disagree with them, have been waiting for the last year for a case that has the potential to clarify what is, and what is not, protected by the Michigan Medical Marihuana Act, approved by voters in 2008.

One of the big areas of concern has been how those protections apply in the workplace. This may be the case, the Detroit Free Press reports:

A Battle Creek man who legally uses marijuana for medicinal purposes is suing Wal-Mart for firing him after he tested positive for marijuana during a drug test.

The lawsuit was filed Tuesday in Calhoun County Circuit Court by the American Civil Liberties Union, its Michigan affiliate and the law firm of Daniel Grow, based in St. Joseph, on behalf of Joseph Casias, 30, who has an inoperable brain tumor and is in remission for sinus cancer. He said he uses marijuana at night to alleviate pain. ….

[Michigan Department of Community Health director of the bureau of health professions Melanie] Brim and Dan Korobkin, a staff attorney with the ACLU of Michigan, said that, to their knowledge, this is the first lawsuit of its kind in Michigan.

“This is a path-breaking case to protect all of the patients in Michigan, whose rights are now protected by Michigan law,” Korobkin said.