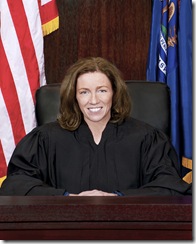 The Michigan Supreme Court released opinions in three of the eight cases that remain pending for the 2010-2011 term.

In the first, People v. Kowalski, the court found that the trial judge’s omission of the actus reus was a plain error, but upheld the defendant’s conviction for accosting a minor for immoral purposes or encouraging a minor to commit an immoral act. The court found that defendant effectively waived the issue because his counsel didn’t object to the jury instruction, and even if he didn’t waive it, the prosecutor produced sufficient evidence at trial to support the jury’s guilty verdict. The count was 7-0, but Justices Michael Cavanagh and Marilyn Kelly concurred in the result only. Cavanagh wrote a concurrence in which he disagreed with the lead opinion’s waiver analysis. He also suggested the lead opinion should have applied a harmless error analysis for a constitutional error, rather than the plain error analysis it used. 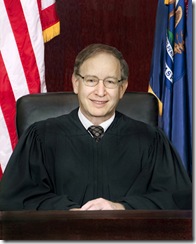 In People v. Huston, the court considered whether to upgrade the defendant’s sentence for engaging in “predatory conduct” on a “vulnerable victim.” In the majority opinion, Justice Markman wrote that the preoffense conduct need not be directed at “any specific victim,” just a victim, to be considered predatory under the statute, and the victim need not be “inherently vulnerable.”

Instead, a defendant’s “predatory conduct,” by that conduct alone (eo ipso), can create or enhance a victim’s “vulnerability.”

This was a 6-1 decision with Justices Diane Hathaway and Marilyn Kelly concurring in the result but dissenting to the part about predatory conduct. Justice Michael Cavanagh dissented.

Finally, in People v. Bonilla-Machado, the court found that a prison employee is a “person” to establish a continuing pattern of criminal behavior for scoring offense variable 13. Probably more importantly, it held that the application of enhanced maximum sentencing is discretionary and not mandatory as the trial court had stated. The justices quibbled over the scope of crimes OV 13 can be scored.

People v. Kowalski: This case deals with several issues related to the state’s evidence against a defendant charged with “accosting, enticing, or soliciting a minor for immoral purposes” and using a computer to commit said acts.”

Krohn v. Auto-Owners Insurance Co.: First-party no-fault auto case involving a plaintiff who sought experimental surgery in Portugal. Defendant said it would pay for physical therapy and testing for the surgery, but not the surgery itself because it was experimental. According to the briefs, the surgery greatly improved the plaintiff’s condition.

Driver v. Cardiovascular Clinic: This case deals with the applicability of Burton v. Reed City Hospital Corp. in light of Bush v. Shabahang. Burton said that a complaint filed before the 180-day post-Notice-of-Intent period expires is nullified, and doesn’t  toll the limitations period. Bush said courts can allow plaintiffs to amend a defective Notice-of-Intent “in the furtherance of justice.”

People v. Huston: Sentence scoring issue concerning the vulnerability of the victim and whether it was sufficient to increase the defendant’s sentence.

Ligons v. Crittendon Hospital: Plaintiff’s medical malpractice action was dismissed by Court of Appeals, which ruled that the two affidavits of merit served on defendant lacked a “meaningful statement of causation.” Can plaintiff amend the affidavit of merit under Bush v. Shabahang?

Duffy v. Department of Natural Resources: Plaintiff was injured riding an ATV on Little Manistee Trail, which is on state land. Is the trail a highway under the Governmental Tort Liability Act?

Hamed v. Wayne County: Plaintiff was raped by a Wayne Count Sheriff’s deputy while in Wayne County Jail. Is the jail a “public accommodation” under the Michigan Eliott-Larson Civil Rights Act?

People v. Bonilla-Machado: OV 13 sentence scoring is at issue here, along with ineffective assistance of counsel.

We’ll provide in-depth coverage and analysis of these opinions and others throughout August at Michigan Lawyers Weekly.